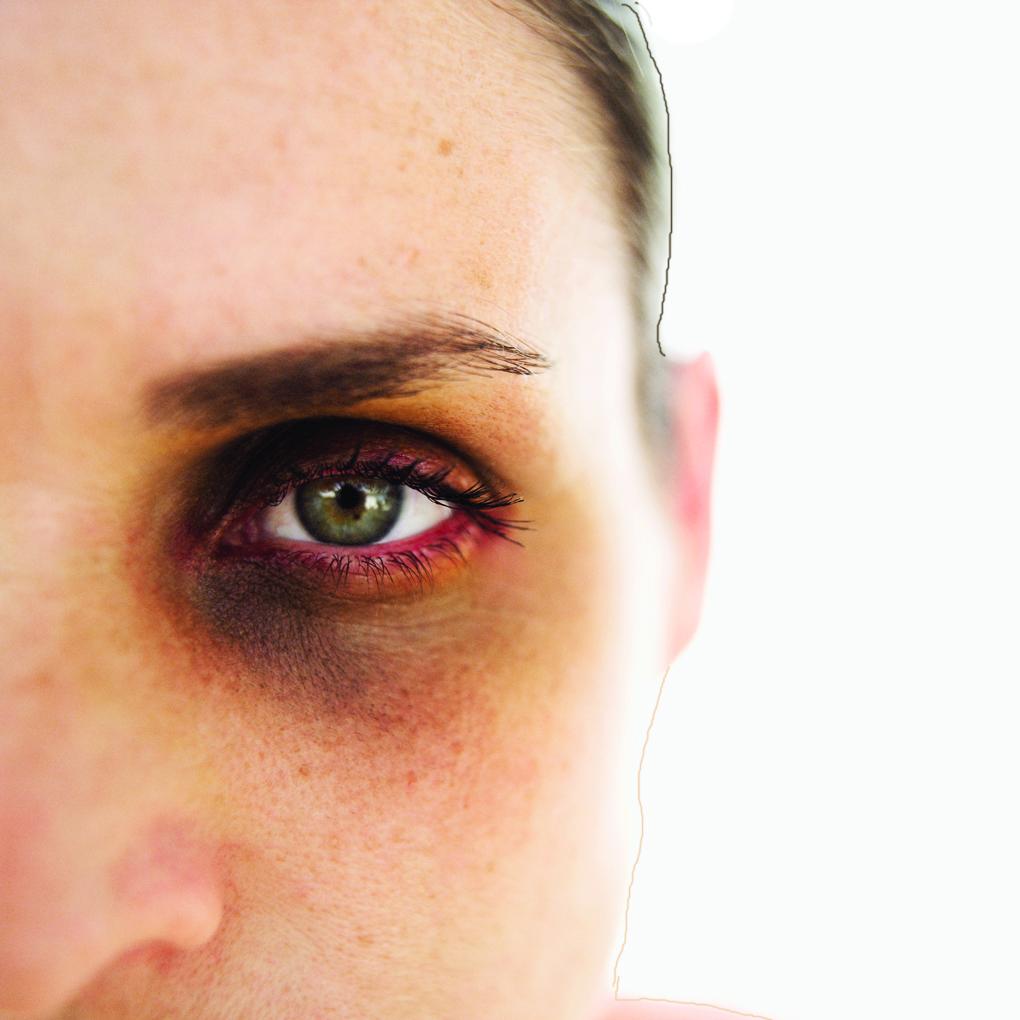 Suffering in Silence: A look at domestic violence in Gadsden County.

On January 19, Gadsden County Sheriff’s Office deputies headed back to a Quincy address for the second time that day, responding to reports of a domestic dispute.

A terrified woman, cradling her infant, told officers about her horrific ordeal.

Her husband, Edward Britt, had doused himself, her and their child in gasoline, and threatened to set them all on fire.

Managing to swat the lighter out of her husband’s hand, the woman held her baby tight and took off running, alerting family members to call 911. Britt also fled on foot.

After a search of the area north of Quincy that involved the Sheriff’s Office K-9 Unit, the Liberty County Department of Corrections K-9 Unit, Florida Highway Patrol, and air support from Leon County, the 35-year-old Britt was apprehended and arrested.

This was the cover story of The Herald’s January 25 issue.

“They were treated and released by Gadsden County Emergency Medical Services on the day of the incident,” Holmes-Hightower stated.

More often they are stories of a gradual descent into the “banality of evil.”

The beginning is frequently marked by forced isolation from family and friends, degrading comments about appearance and name-calling.

There might be a hard pinch, an arm-jerking drag down a hallway, or bruises in places that don’t show. It may be a steady cultivation of fear through constant belittling, ever-present monitoring, invasive disregarding of privacy, and unfounded hurling of accusations.

Sometimes it is paired with coercion in the form of threats to harm loved ones or threats of suicide.

There is always an intricate dismantling of self-esteem, a methodical erosion of dignity, and a slow destruction of spirit.

There are fistfuls of hair pulled out. There are punches, slaps and kicks. There are rapes.

And then sometimes there are flowers the next day, delivered with apologies and promises.

And the cycle of abuse starts over again.

An average of 24 Americans per minute are victims of rape, physical violence or stalking by an intimate partner.

The National Domestic Violence Hotline reports that this equates to more than 12 million women and men over the course of a year.

In Gadsden County, 68 documented domestic violence incidents were reported in 2016, down from 246 the previous year, and much lower than an alarming high of 963 cases in 2005. Sadly, many victims do not come forward to report abuse, leading statisticians to believe the numbers are actually much higher.

Edward Britt’s child is, mercifully, too young to remember a day of threats and a desperate gasoline-drenched dash for safety.

But for many children living in homes where domestic abuse is the norm, their safety is always in jeopardy.

The United States Advisory Board of Child Abuse and Neglect suggests that domestic violence may be the single greatest predictor of child abuse/neglect fatalities in the country.

One study cited by the board found that children exposed to violence in the home were 15 times more likely to be physically or sexually assaulted than the national average.

Children exposed to violence in the home also suffer blows to their mental well-being. Especially if the abuse is ongoing, children may experience nightmares, inability to focus, and increased anxiety. Exposure to domestic violence affects school performance, and often leads to emotional problems lasting into adulthood.

According to the National Child Traumatic Stress Network, children living with domestic violence can struggle with relationships for the rest of their lives, as they have learned that “it is acceptable to exert control or relieve stress by using violence, or that violence is linked to expressions of intimacy and affection.”

And the cycle of abuse starts over again.

Tia Thorpe works as a victim advocate for the Gadsden County Sheriff’s Office.

Working with all police departments in Gadsden County, as well as the Sheriff’s Office, she is a “first responder” when police reports on domestic violence are filed.

She also is contacted by anguished women who choose not to press charges, but still would like help.

Breaking the cycle of abuse is Thorpe’s goal.

“I let them know about resources,” Thorpe says, and then lists “relocation, counseling, safety planning, the injunction process, Refuge House, help for anything they may have to pay out of pocket.”

It is a familiar list for Thorpe, who has worked for the Sheriff’s Office for the past five years, and with the Department of Children and Families prior to that.

Thorpe is quick to point out that victims can contact her even if they do not desire to press charges; she can still provide available resources and a listening ear.

For those who do choose to prosecute, there is further help available from the State Attorney’s Office to navigate the court proceedings.

Thorpe continues, “Some [women] say they don’t want assistance; not all follow up. But if police are dispatched and see evidence of abuse, by law they are required to make a report.”

Thorpe is referring to the Florida law that requires police officers to make an arrest if they witness domestic violence or find enough evidence that violence occurred.

Officers are trained to handle these investigations and offer resources, beginning with referral to the victim advocate.

In addition to the Florida Statutes, there are other laws to protect victims of domestic violence.

The Violence Against Women Act, a landmark federal law, was passed in 1994 after wide-ranging grassroots efforts in the late 1980s and early 1990s. The act was instrumental in improving both criminal justice and community-based responses for victims of domestic violence, dating violence, sexual assault and stalking.

The National Domestic Violence Hotline website states that this act (and its reauthorizations in 2000, 2005 and 2013) has “changed the landscape for victims who once suffered in silence.”

The Violence Against Women Act provides programs and services for community violence prevention programs; funding for victim assistance such as crisis centers and hotlines; and legal aid for survivors of domestic violence.

Though the original law was titled to reflect the fact that women are more frequently the victims of abuse, the reauthorizations of the law have expanded domestic legal protections to men, the LGBTQ community, Native Americans and immigrants.

Locally, a steadfast help to victims of domestic violence in the Big Bend area is the Refuge House. Serving Leon County since February 14, 1978, Refuge House expanded to include seven neighboring counties in the mid-90s. The Gadsden Outreach Office was opened in 2000. Refuge House provides emergency shelter for victims of domestic violence and sexual violence, and also offers a range of other services such as counseling, therapy, legal support, children’s services and transitional housing.

“It takes a lot for a woman to leave an abusive situation,” Thorpe comments. “It’s scary. It’s like starting over. Sometimes they need someone else to make a report. If you see something, say something. There’s no such thing as a nosy neighbor — you could save someone’s life.”

If you or someone you know is a victim of domestic violence, don’t continue to suffer in silence! Help is available. If in immediate danger, call 911. The number for the National Domestic Violence Hotline’s 24-hour, confidential, toll-free service is 1-800-799-SAFE (7233). Tia Thorpe can be reached during normal business hours at (850) 875-8838. After hours, victims can call the police department and will be connected to Thorpe. Refuge House serves the Big Bend Area, including Gadsden County. They can be reached in Quincy at (850) 627-9377. They can also be reached at their 24-hour hotline at (850) 681-2111.