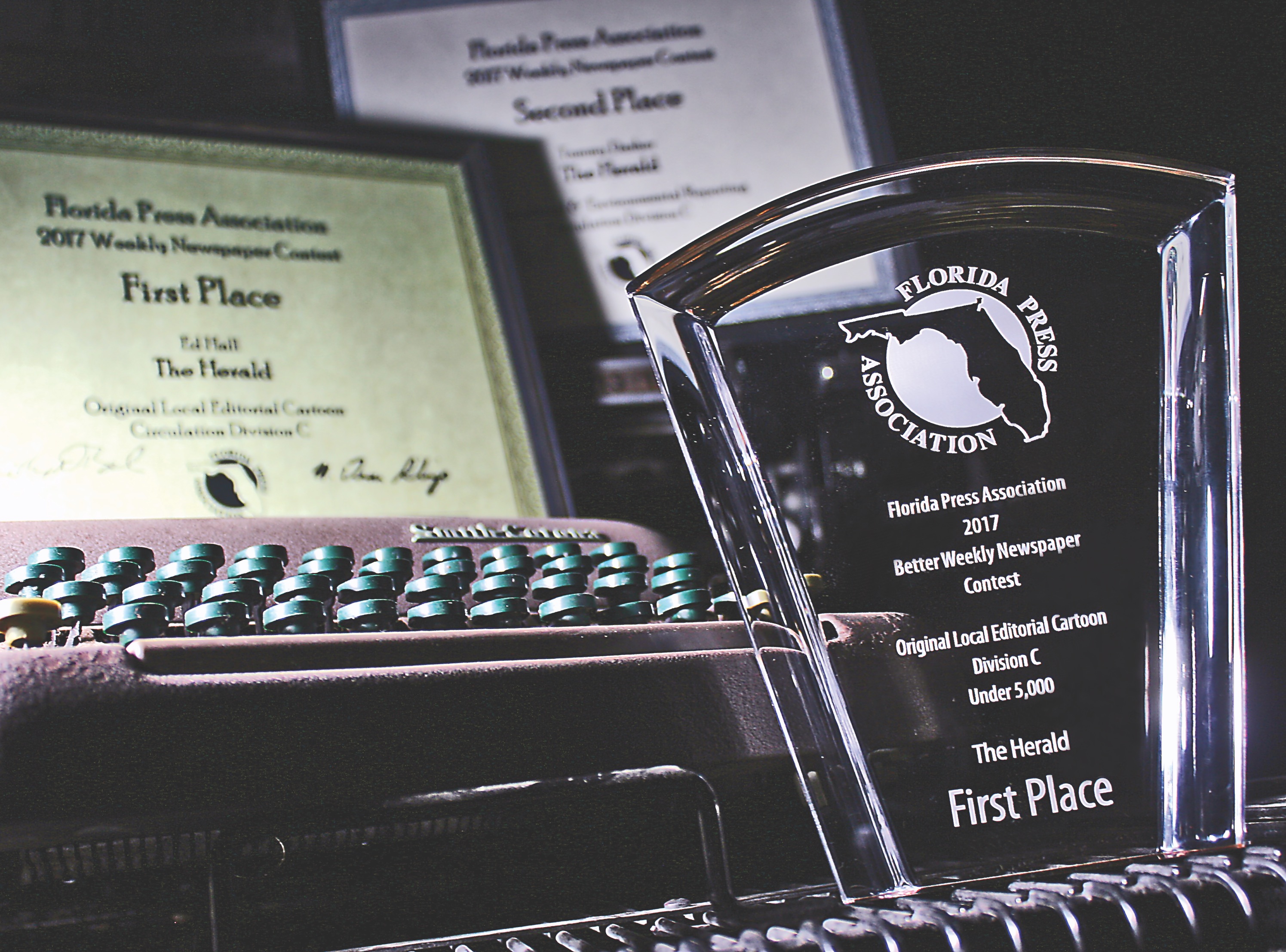 The Herald was recognized by the Florida Press Association at its annual conference this past weekend with two top awards for editorial excellence.

The Herald received a first place award for Best Original Local Editorial Cartoon for a cartoon that was published Dec. 14, 2017. Penned by The Herald’s Ed Hall, the award-winning cartoon paid homage to the “Church Lady,” a classic Saturday Night Live sketch that featured Dana Carvey as the title character. The cartoon was inspired by Gadsden County Sheriff Morris Young’s program to to provide active-shooter response training to local faith-based organizations.

The Herald’s Tammy Dasher brought home a second place award in the “Agriculture and Environmental Reporting” category. Dasher’s investigative story on the occupational hazards of modern agriculture, “Dangerous Harvest,” appeared on the front page of the Aug. 10, 2017 edition.

Hall is no stranger to recognition and honors, but he said this award was particularly gratifying.

“It is indeed an honor to receive this award for The Herald,” Hall said. “This is not my first award, but many things make this one special – working for a small town newspaper in my first year. An editor and publisher who understand satire and the importance of political cartoons gives it even more importance.”

Dasher’s second place story was her first as a correspondent for The Herald. She said as great as it is to be recognized, it’s the story’s subject matter that remains most important to her.

“I am so pleasantly surprised to receive this award from the Florida Press Association,” Dasher said. “When assigned the farm safety article, I was intrigued by the challenge, because it was a topic I had not given much thought to before. As I began talking to local farmers, I realized what important information it was to share with our community. I feel it is such a privilege to be entrusted with telling someone’s story; telling it in a way that best captures it for readers is always my ultimate goal.”