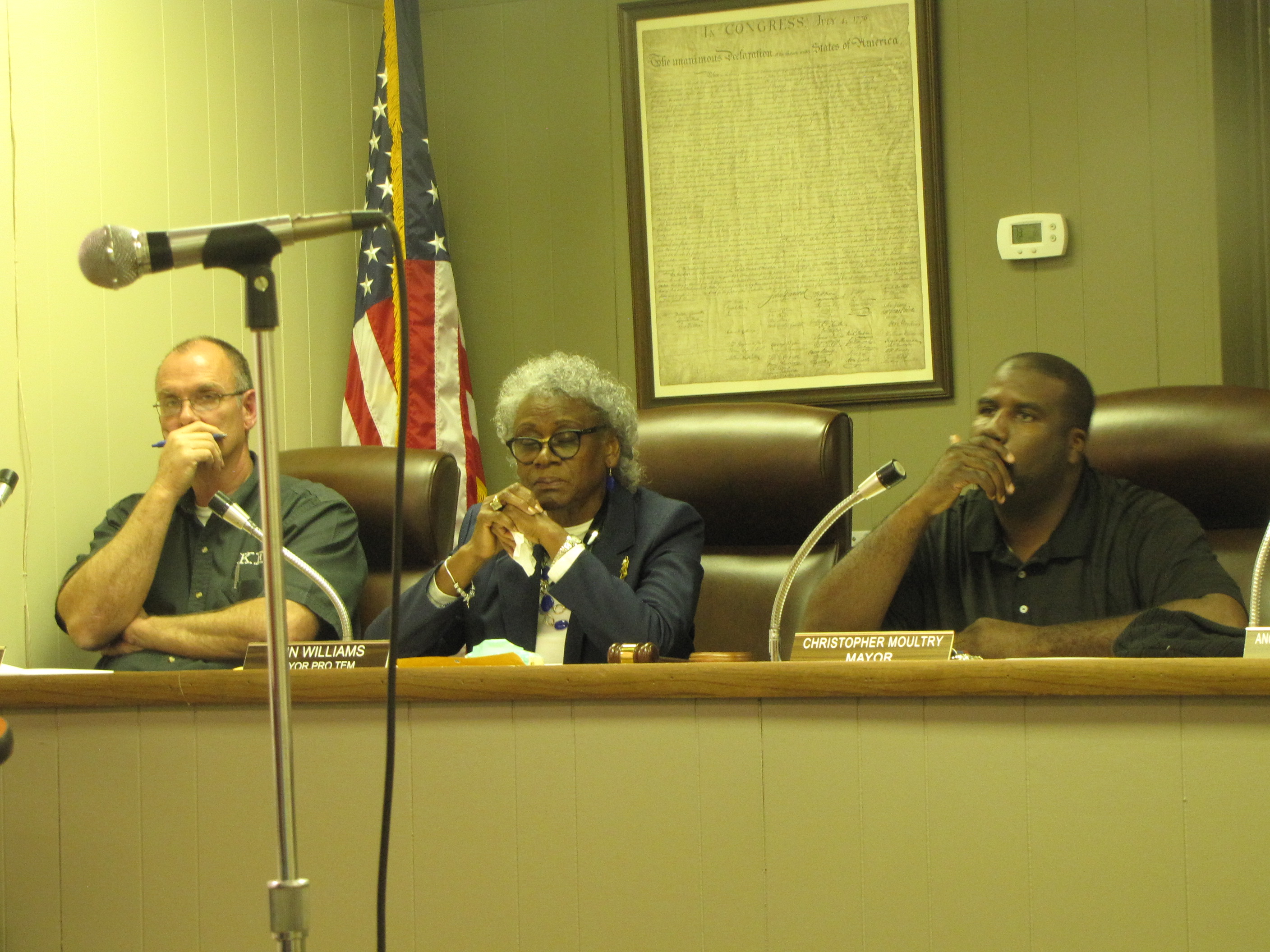 The Chattahoochee City Council voted 3-2 at its March 5 meeting to add a controversial measure to the ballot in the April 30 election that, if passed, would extend the term of city council members and change the frequency of municipal elections.

The provision will let voters decide whether to change the Chattahoochee City Charter to extend city council terms from the current two years to four years; the measure would also change the city’s elections from every year to every two years.

If passed, the measure would apply only to future elections and not the April 30 election.

Council members Ken Kimrey and Amy Glass voted against adding the charter change to the ballot. Glass did not explain why she voted “nay” Tuesday night, but Kimrey stated during discussion on another charter amendment that he felt the proposed changes should be placed on a ballot in a later general election with typically higher numbers of voter participation.

“I think we should be careful about what we are doing,” Kimrey said Tuesday.  “We should consider the turnout risks. I think it would be better in the general election.”

The April 30 city election is the regularly scheduled municipal election for 2019.  Kimrey’s council seat is up for grabs on that date, as is the seat occupied by Mayor Christopher Moultry. If voters approve the measure and the Kimrey and Moultry are re-elected, their terms would still be two years, according to the current charter.

The three council members who passed charter change ballot initiative were Moultry, Ann Richardson and Ann Williams. Williams responded to Kimrey’s comments by saying, “I don’t think it would make a difference [in voter turnout]. Notifications will run in newspapers, and the word will get out.”

The council also approved adding another charter change to the April 30 ballot, this one passing easily with a 5-0 vote. The measure would change the residential requirements of the city manager and provide for a smoother transition the next time the city manager job changes hands, according to the council. The council noted it experienced difficulties hiring an interim manager last year after longtime City Manager Lee Garner left.

“This unties your system for a smoother transition,” Chattahoochee City Attorney Jerry Miller advised. “It would give the council relief from that dilemma.”

The current charter doesn’t provide for the appointment of temporary interim managers or attorneys. Current City Manager Robert Presnell, hired last November, lives a few miles outside the city limits of Chattahoochee, he said after the meeting. But his name didn’t come up during pre-vote deliberations Tuesday.

Mayor Moultry solicited comments from the public at the well-attended Tuesday night meeting, but none were made. Tuesday night represented the second reading of the proposed changes at the required public hearing, which makes them eligible for the ballot.

The questions, as they will appear on the April 30 ballot are as follows:

At Tuesday night’s Chattahoochee city council meeting, residents complained about recent increases on their utility bills, due to action taken by the council to pay for Hurricane Michael’s recovery costs. But the council was unable to provide any relief from the city, which owns and controls its own electrical power system. “The flat fee is not very flat,” a resident complained at the public input portion of the meeting. “I’ve watched it go up and up!”  She explained that her adjustment fee currently was $35.

At the mayor’s request, Presnell explained to her that it never was a set amount.  “It never was a flat fee,” Presnell said.  “It’s according to kilowatt hours used, 1.5 cents.” The city added the extra charge after Hurricane Michael and is connected with the city borrowing $7 million to pay for recovery costs while the city awaits reimbursement from FEMA, which will be forthcoming.  After that, the fee is expected to be discontinued.

“The fee was enacted so the city could survive,” council member Ann Richardson said. “My bill was quite healthy this month as well! We had expected to see about $18 a month and everybody said fine. But it just didn’t work out that way.”

Council members did vote Tuesday night, 5-0, to give Florida State Hospital a break on its fee for storm recovery charges. They voted to adopt the first reading (a second will be held next month for official adoption) of a new ordinance that would reduce the hospital charge from $.015 to $0.0105 cents per kilowatt hour. A member of the audience did question the “free ride” break, saying the hospital puts demands on the city system and that the residents need consideration too.  But it was pointed out by council members that FSH buys 60 percent of its power from the city.

City Attorney Miller said there is “sound justification” for the adoption of this measure.  “I concur,” Presnell said.  “I think this is a very good ordinance and in the city’s interest.”

In another separate but related issue from Tuesday night’s meeting, Presnell soon will be submitting another request for reimbursement from FEMA, this one being for the removal of hurricane debris on private property.  The city wants to remove debris that may be causing threats to public health and safety on private property.  The council voted 5-0 in favor of  a resolution requiring Presnell to first find out if FEMA will reimburse, then obtain right of entry to private property, then use city resources to repair, clean up or remove debris on that property.

“We might not get it, but we’re going to try,” Presnell said.  “I want to take a shot at it.  There would be no limit on funding from FEMA if approved, 50 houses could be removed if needed.”  The resolution explains that rescue vehicles may be hindered if debris is allowed to remain in place on private roads, the debris may be hazardous to public health and safety and water drainage.

In other business, the council:

• Heard a presentation from Gadsden County Emergency Services Chief Keith Maddox, on the job since December, concerning ambulance response times to 911 calls.  “Can we improve response time,” Mayor Moultry asked. “You can drive to the hospital before they get their sometimes.”  Maddox replied that the problem was typical for rural areas and “couldn’t be fixed overnight.”  He cited limited resources and loss of staff, losing 12 EMTs and paramedics recently, as the reasons for slow responses.  When asked by Moultry if pay was the problem, Maddox explained that “there is a nationwide shortage of emergency medical care personnel. The pay has not kept pace with recruiting.”  He listed as a possible solution the posting of paramedics or EMTs in the city and coordination with volunteer fire departments.

• Heard from MLK Jr. Committee CEO Kimblin NeSmith.  He explained that the FSH fall festival, delayed because of first the hurricane, then rain last week, will take place this Friday.  NeSmith eloquently invited council members to take part in the MLK Jr. Committee-sponsored event being called the “Dress to Impress Fashion Show” to be held Saturday, April 13 from 4-6 p.m. at the Chattahoochee Recreation Center, 131 Oak St.  For more info on that event, call 850-728-7372 or 229-202-6568.

Published in Chattahoochee and Government