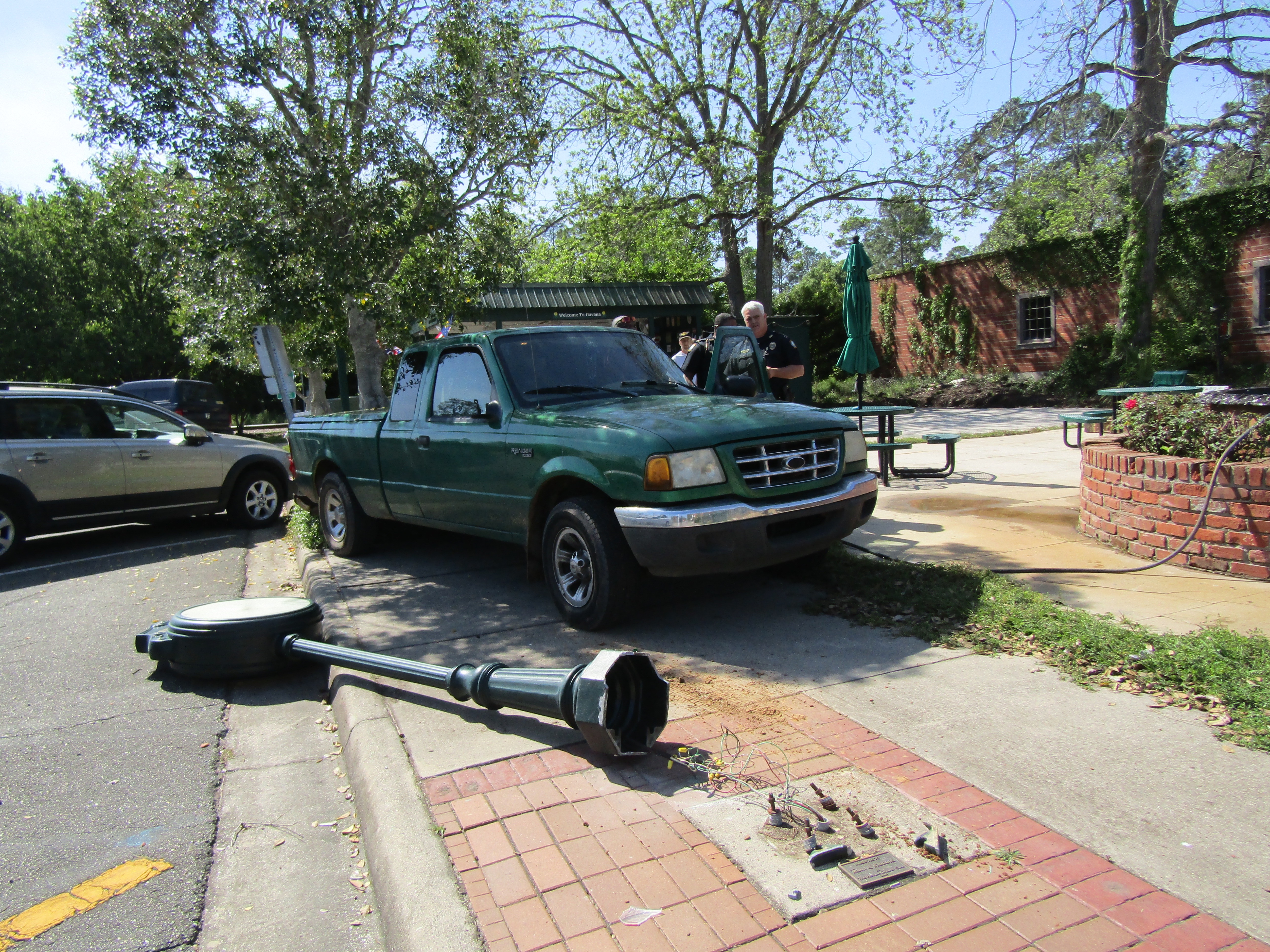 This green truck of Charles Houston of Tallahassee took out the Havana Clock- tower on West 7th Avenue in downtown Havana last Wednesday when the truck backed up with no one in it while Houston was doing business at Havana Printing & Office Supply.

Houston had apparently accidentally left his car in reverse and it backed up across the street without him in it. Havana Police Tracy Smith said no charges were filed against Houston as the event was ruled an accident since Houston thought he had put the car in park, but ap- parently left it in reverse.

Houston’s truck crossed the street, knocked over the clocktower, before coming to rest against a tree. No one was hurt during the incident.