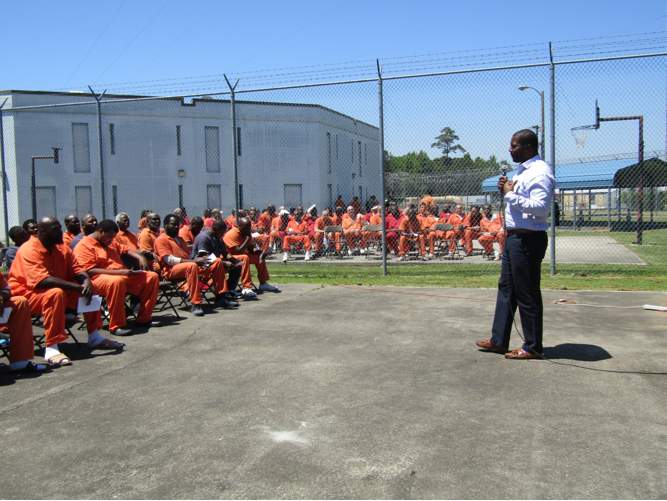 Willie Simmons speaks to inmates at the Gadsden County Jail on May 2, 2018.

The former Gadsden County High school All-Star said he was not just a foot ball player, because it doesn’t  define who he was but he was rather a man who played football.

“It really doesn’t matter about your past,” Simmons said. “It’s about your future and the choices you make from this point on.

This time, he came to let those locked up know it’s not too late for positive, lasting change.

Simmons posed a question to the inmates and asked them “What was their kryptonite? And when they found out what it was to stay away from it even if it meant changing the crowd you use to hang with and the habits you use to do because that way they can change their destiny and not end back in jail again.

Sheriff Morris Young, Major Robert Barkley and Commissioner Brenda Holt honored Coach Simmons for his encouragement and for giving back to his community.

Special to The Herald