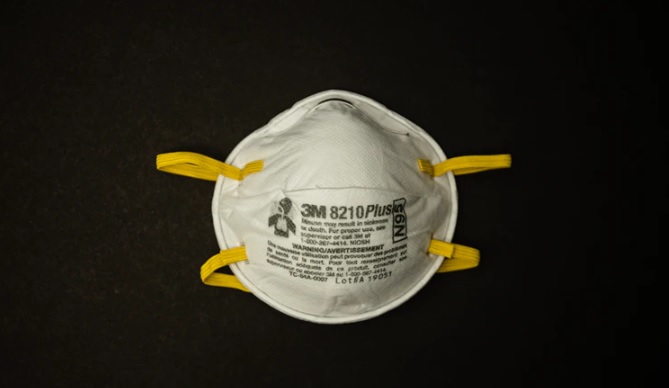 Currently, the Gadsden County government has an ordinance declaring that anyone not wearing a mask will be issued a citation, requiring them to pay $25 for the first offense, $50 for the second offense and $100 for the third offense.

The ordinance states that when a person is in public, and unable to social distance, they should wear a face covering. It has had several adjustments by county commissioners, with the latest version being effective last week.

On Thursday, September 10 and Friday, September 11, city police departments around Gadsden County received the citation forms created by the county government for mask-policing.

Up until that point, police officers in those cities were left without a way to enforce the mask ordinance set by the county.

Now that police chiefs in Havana, Chattahoochee and Midway have the booklets of citation forms, many of the agencies are left with questions regarding how to enforce the ordinance.

Chief Fred O’Brian, of Chattahoochee, says his agency was given very little instruction on the citation forms, and he has questions regarding the practicality of them.

Chief Tracy Smith, of Havana, is attempting to wade the turbulent waters of community policing and maintaining friendly working relationships with his citizens, while also enforcing the heated subject of mask-wearing.

Overall, the ordinance has left local police officers with concerns and questions on how to proceed with the county’s mandated citations.

The City of Chattahoochee does not have its own mask ordinance that requires citizens to wear a mask within the city limits, but rather depends on the county’s ordinance as an umbrella over the city.

“The county is, basically, above the city as far as rank-structure goes, so we are following the county’s guides at this point,” said Chattahoochee Police Chief Fred O’Brian.

The Chattahoochee Police Station received the county’s mask citations towards the end of last week when they were dropped off at the station by a deputy with the Gadsden County Sheriff’s Office, and Chief O’Brian says he has yet to use any of the citation forms.

“We haven’t written a citation yet – we still have some questions on them,” says Chief O’Brian, adding that his agency was given little to no information on how the citations should be written, processed or tracked.

It is his understanding that after a citation was issued, it would be sent over to the Gadsden County Courthouse’s Misdemeanor division, where it would be processed as a civil citation.

“If it is a civil citation, then it isn’t a criminal violation so…well, I just have some questions,” said Chief O’Brian.

He adds that he could not answer the questions of his Chattahoochee citizens either.

“I don’t want to force this upon the public, if I can’t answer it.”

Chief O’Brian says he is concerned about the lack of tracking who has received a previous citation and how citizens will be held accountable.

“There is no track on this. You have the date, time and location info, and the violator’s name and date-of-birth – and that’s it. There is no address nor anything to track them with,” said Chief O’Brian. “If they pay, they pay. If they don’t, then they don’t.”

“It looks like something that was set up overnight and thrown into a printer…the way it’s set up, it’s just not…” Chief O’Brian’s comment trails to an end. “If they were going to set something like this up, they should’ve done it in a form like a traffic citation, where all the identifier information is on it.”

Until his questions have been answered by county law enforcement and governmental leadership, Chief O’Brian said that his officers are doing what they can to remind the Chattahoochee citizens of the ordinance. They have also been working with local businesses who have posted signs requiring customers to wear masks.

“We are getting pretty good compliance,” said Chief O’Brian, although he is cautious about arguing with citizens over mask-use. “Some people will wear them, and others will not wear them. There are people with hidden issues, asthma, COPD, claustrophobia, and we cannot put them in harm’s way.”

“We support what the county is doing, but as far as enforcing something like this within the town, if I can do it without charging people money, just through simple education, then that’s the way I’m going to do it,” concludes Chief O’Brian.

Like Chattahoochee, Havana does not have its own ordinance regarding the wearing of masks.

According to Chief of Police Tracy Smith, he – and other elected officials – remain uncertain on whether or not a secondary city ordinance is required, or if the county’s ongoing ordinance requiring mask-wearing covers city municipalities as well.

“There is an old, old federal ruling that says that the city is in the county, but from what I’ve been told, there is also the home-run rule, which is a state law, and says each individual governmental entity can govern themselves and not be mandated by anyone else,” says Chief Smith, but he adds: “We like being good partners, so we don’t fight it.”

For this reason, Chief Smith says that his department has chosen to accept the county’s ruling as their own.

“We all want the same thing – for people to be safe,” Chief Smith adds.

At the same time, Chief Smith says that his department is aware of the tensions surrounding the enforced wearing of masks and how people have concerns regarding the masks.

“We recognize that there are a lot of people that choose not to wear a mask, so we try to understand and represent everybody, their feelings and their beliefs,” says Chief Smith.

Chief Smith says his officers have focused on raising awareness and distributing masks.

“We try to make sure that everyone who wants a mask, has one,” says Chief Smith. “We’ve been getting pretty good results.”

While most people respond favorably to the police department’s attempts at softly enforcing the ordinance, Chief Smith says that his officers have interacted with individuals who refuse the county’s mask ruling, as well as people who have medical reasonings for not wearing masks, but most of those interactions have been kept civil.

That is not to say that the Havana Police Department has not had some push-back from citizens who disagree with the county’s stance on masks.

“It’s a split side,” said Chief Smith. “We get both sides of it and it is very hard to find the fine line to try to keep people safe, but not ostracize your public from your police.”

According to Chief Smith, the Havana Police Department has had a focus on community policing, and Chief Smith doesn’t want the ordinance to undo his officer’s hard work in building relationships with the public.

“I don’t want to destroy a relationship if someone has a belief that a mask is not effective,” he adds. “We’re just here to keep people safe. I think there is a way to do it tactfully without running around and writing citations.”

“I’d like to see [my officers] give people a chance and hand them a mask, and a lot of times it’ll work that way,” says Chief Smith.

Inside the police department, Chief Smith says he has rules for his officers regarding their own mask-wearing, as he doesn’t want to enforce a rule that his own officers are not held to.

For safety reasons, he does not require mask-wearing when his officers make traffic stops, but his officers have been told to stand back as far as they can.

Chief Smith says he takes the virus seriously – he has family, friends and co-workers who contracted COVID, and he himself is part of the at-risk groups of people.

Overall, Chief Smith says he has seen positive results with his agency’s pre-existing methods of policing mask-wearing in Havana’s city limits, even without citations.

“It works good the way we are doing it – we are enforcing [the ordinance], but we are using compassion and understanding in different situations,” said Chief Smith. “People have their beliefs, and you have to respect that while keeping your community safe.”

Midway is currently without a leading Chief of Police, but when asked about their agency’s policing tactics on the mask ordinance, acting-chief Lieutenant Kristi Cobb sent an email to The Herald editor.

“ As officers that are in the community to protect and serve, the Midway Police Department has been aware we do not make these rules issued by the Gadsden County Board of Commissioners we just enforce,” said Lt. Cobb. “Any citizen that arises the question with health or religious reasons that are not addressed in the ordinance Current State of Emergency Resolution No. 24-48 is asked to bring about that issue before the Gadsden County Board of Commissioners.”

Lt. Cobb adds that all officers with the Midway Police Department have been instructed to wear masks as well as gloves when in contact with the public.