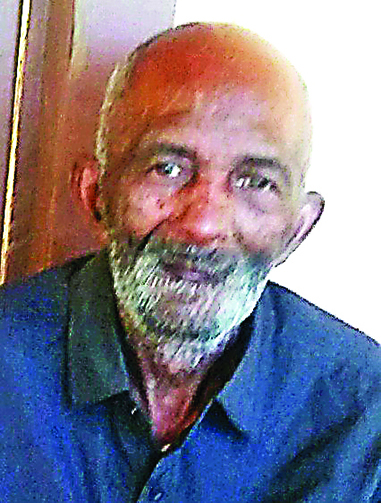 Search for missing elderly man drags on in week two

The search for a missing elderly man officially hit the two-week mark this past Monday, and the prospects of a safe return become more and more bleak with each passing day.

But residents of St. Hebron – the Gadsden County community where 87-year-old Leroy Banks lived and was last seen October 28n – said their faith and resolve remains great, and they won’t rest until their friend and neighbor is found. To bolster ongoing search efforts and boost resolve of a shocked and despairing community, St. Hebron held a candlelight vigil for Banks this past weekend, praying for his safe return.

Banks is described by law enforcement as “an 87-year-old black male with gray hair, slender build and brown eyes.” He is believed to have left St. Hebron last around 3 p.m., Monday, October 28. Making matters even graver, Banks suffers from dementia and has been declared a “missing  endangered person” by local authorities; he was last seen wearing a gray hoodie, orange beanie-type hat and tan pants.

Since he was declared missing, a veritable army of local law enforcement officials and volunteers have taken to the streets and woods, searching for Banks in pouring rain, day and night – all, troublingly, to no avail. In a social media post online, Banks’ daughter pleaded with local residents: “Prayer warriors, please come forward; please pray that he is safe.

If you think you may have spotted Banks or have any other information as to his whereabouts, authorities urge you to immediately contact the Gadsden County Sheriff’s Office at (850) 627-9233.